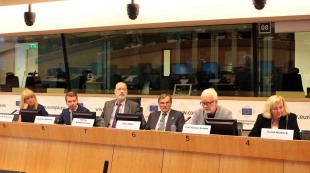 The European Barnahus Movement is a network of professionals committed to child friendly, effective multidisciplinary and interagency services for child victims and witnesses of violence. The movement promotes the Barnahus model, which you can learn more about below.

The movement was launched in June 2017 in Brussels in the final conference of the PROMISE project, with the support of a number of key actors including Ms Věra Jourová, European Commissioner for Justice, Consumers and Gender Equality, Ms Marta Santos Pais, Special Representative to the UN Secretary-General on Violence against Children, Ms Susan Bissell,  Director of the Global Partnership to End Violence Against Children. Read more about the conference here

Over the past two years, the PROMISE project gathered experts, practitioners, Government officials, NGOs, academia and others to promote interagency and multidisciplinary services for child victims and witnesses of violence. A second phase of the project with focus on national implementation will be kicked off in January 2018.

The PROMISE project produced a number of resources including practical tools, research and guidance to promote Barnahus in Europe. 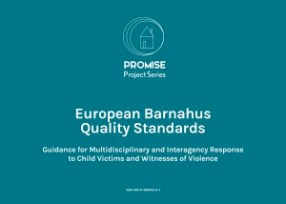 The European Barnahus Standards represent the first attempt in Europe to define the principles of the interventions and services referred to as the “Barnahus” model. The key purpose of the standards is to provide a common operational and organisational framework that promotes practices which prevents retraumatisation, while securing valid testimonies for Court, and complies with children’s rights to protection, assistance and child-friendly justice.

The report on Enabling Child-Sensitive Justice provides an overview of how the Barnahus model has emerged and gradually expanded in Europe. It documents how government officials, practitioners, advocates and entrepreneurs have promoted the model, unyielding even when confronted with doubts, obstacles and adversities. The report identifies the factors and dynamics that have enabled the establishment of the Barnahus model and lessons learned. The accounts from Barnahus pioneers and leading agents of change offer reflections and observations that can guide the establishment of the Barnahus model in other countries. 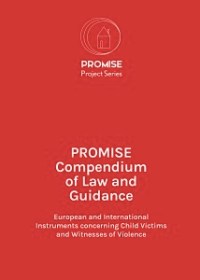 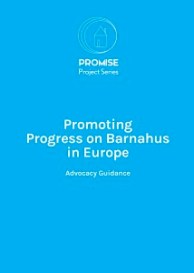 The PROMISE Advocacy Guidance aims to help you develop national and regional advocacy strategies to promote progress on Barnahus. Such advocacy can play a vital role in encouraging improvements to responses concerning child victims and witnesses of violence. Once policymakers, professionals and the public have heard and understood how Barnahus can fulfil the rights of these children, support for the Barnahus model has consistently grown. 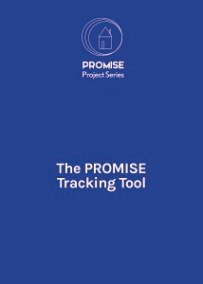 The PROMISE Tracking Tool is a tool to track progress against the European Barnahus Quality Standards, which provide a good practice framework for multidisciplinary and interagency services that want to bring their practice in line with the Barnahus model. The aim of the tracking tool is to provide services for child victims and witnesses of violence with a self-evaluation tool that can help determine their position in the process of becoming a multidisciplinary and interagency service consistent with the Barnahus model.

What is a Barnahus?

When a child is exposed to violence, a number of different actors, including social services, medical and mental health services and law enforcement actors, have a duty to safeguard and promote the rights and well-being of the child. Where these actors do not work together, the child can be drawn into parallel enquiries and assessments, moving between different agencies and disciplines, potentially causing repetitious and intimidating experiences, which can result in retraumatisation of the child and hinder the child’s disclosure and participation.

This is not only harmful for the child, but a serious problem since the child’s disclosure and participation is fundamental to ensure the safety and protection of the child, to determine the need for physical and mental recovery, and to secure a successful and child-friendly criminal investigation and judicial process.

In recent years, there has been an increasing recognition that multidisciplinary and interagency collaboration is crucial to fulfilling the rights of child victims and witnesses of violence to protection, participation, support and assistance.

Barnahus is recognised as a leading child-friendly, multidisciplinary and interagency model responding to child victims and witnesses of violence. The name Barnahus (“a house for children”) originates from Iceland where the first Barnahus was founded in 1998 under the leadership of Mr Bragi Guðbrandsson.

Photos from Barnahus in Iceland and Linköping (Sweden)

Since then, many more Barnahus have been set up, mainly in the Nordic countries. In the past two years, there has been a substantial progress in Europe in setting up, piloting and planning for the establishment of Barnahus. Similar models already exist in for example Croatia and the Netherlands.

The purpose of Barnahus is to offer each child a coordinated and effective response and to prevent retraumatisation during investigation and court proceedings. One key role of the Barnahus is to help produce valid evidence for judicial proceedings by eliciting the child’s disclosure so that the child does not have to appear in Court should the case be prosecuted.  In carrying out this role, the Barnahus offers a one-stop-shop approach, embracing cooperation between relevant authorities and agencies such as police, social services, child protection, physical and mental health services and prosecutor in one child-friendly premise. The Barnahus also plays an important role in enhancing awareness and knowledge of violence against children with key stakeholders.